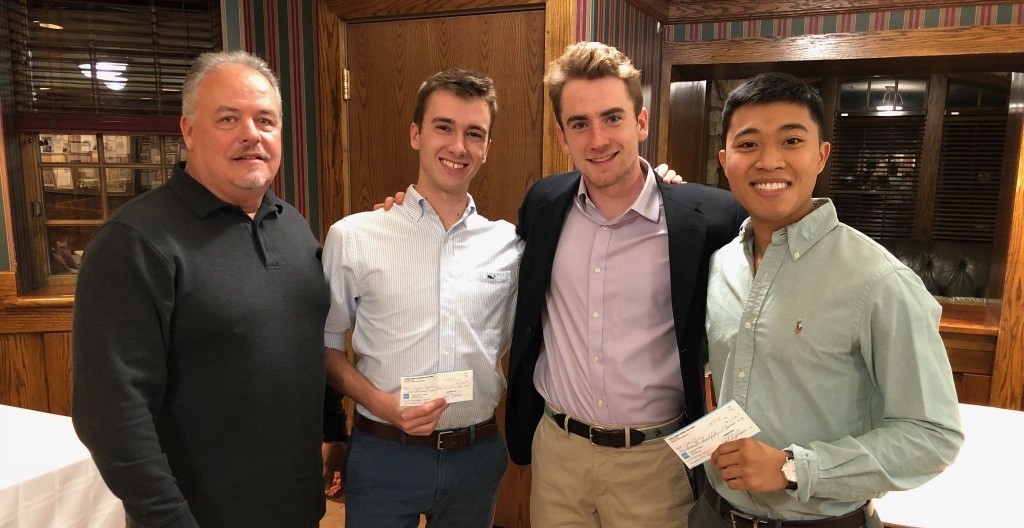 As communicated earlier, our Foundation announced it would begin to provide scholarships this Fall based on the results of the 2016-2017 school year.  While we are not at our endowment fund goal, we felt it was important to begin to provide a few meaningful scholarships to deserving recipients of the Chapter.  The Scholarship/Leadership program initially developed by undergraduates and alumni was used as the basis to determine the awards.

Under the conditions of the Scholarship/Leadership program, the requirements for the Chapter GPA as a whole were met for Fall 2016, but not for Spring 2017.  An important tenant of the program is the Chapter must succeed as well as the individual.  For Spring 2017 the Chapter GPA did not meet or exceed the All Men’s Average on the Hill.  This had the effect of reducing the funding from the non-contribution income of the Foundation.  The good news is David G. Mackenzie ’61 graciously provided a special contribution of $2,000 to be paid in scholarships for this year; many thanks to David for his generous support of the Chapter.

After the tabulations under the program, the first annual Foundation scholarship grants were awarded on December 5, 2017 to:

Congratulations to these members who distinguished themselves during the 2016-2017 school year…and thanks again to all of you who have made contributions to the Educational Foundation in the past to allow these recognitions to be made.

Edgar B. Grass ’77
Foundation Board Member

Learn More About The Scholarship/Leadership Program